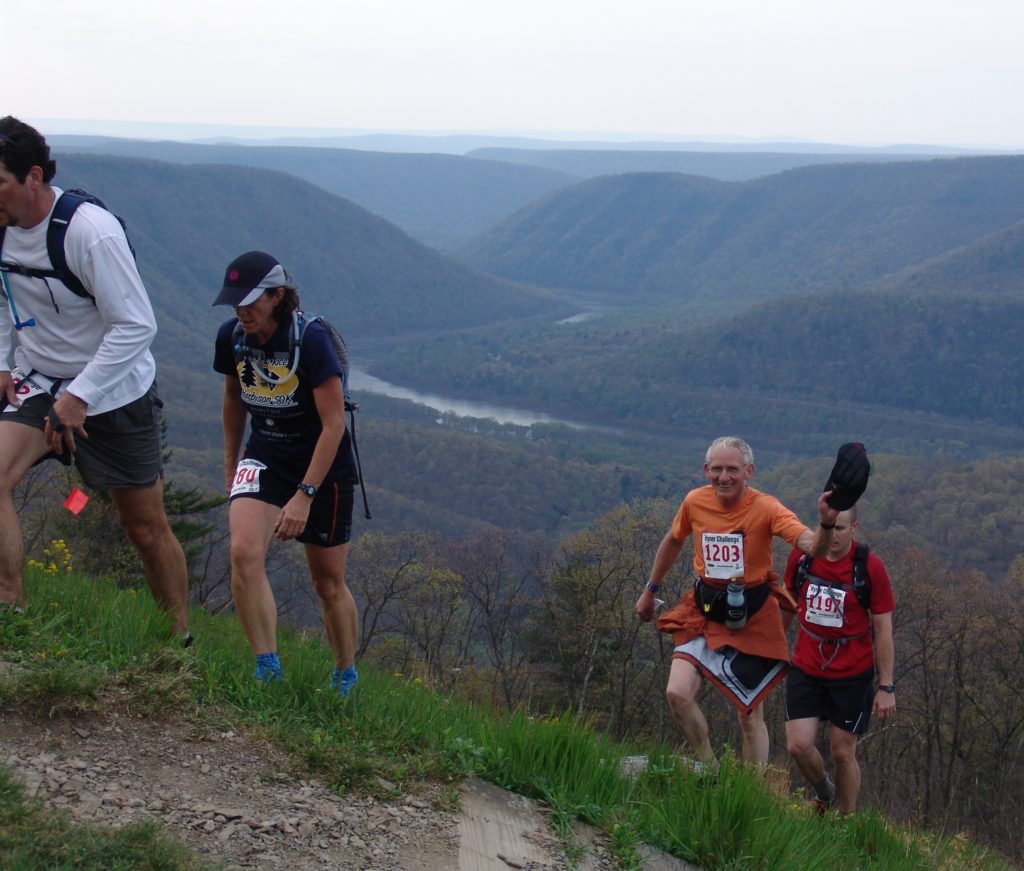 What Makes A Wilderness Race Great?

I used to work evenings at the Anchorage Daily News, in Alaska, so three or four mornings a week in the summer and fall I’d drive to south Anchorage and run Flattop Mountain before my reporting shift started at 1.

I was in my late 20s then and loved mountain running. The crisp air, the oddly shaped trees bent from the wind, the way the plants thinned out the higher up you went, inch-tall flowers and granite-looking lichens refusing to give up, clinging to rocks in the sun and rain and wind.

People give you crazy looks running mountains. I just smiled and kept going. Standing at the summit, breathing hard, I’d take in the views, Cook Inlet, the Chugach Range, the city below. It was humbling and inspiring, a perspective that would shape my thinking in more ways than I understood then. A few minutes later, I’d race back down, jump in my Explorer and head home to shower and go to work.

I was not a particularly skilled or fast mountain runner but I appreciated the grit it took, and each year I followed in fascination as the paper covered Mount Marathon, the crazy Alaska mountain race in Seward that people wait years to get into. I figured it was another ‘only in Alaska’ kind of event until I moved back home, to rural PA, and heard about the Hyner View Trail Challenge.

The Hyner is a 16-mile race up the side of a mountain and back down, set in the tiny village of Hyner, in Clinton County, on the eastern side of the Wilds region. It has become one of the largest trail running events east of the Mississippi. My friend Sam completed it 2012, “beaten soundly by a nine-year-old boy, a bachelorette party and a guy with one leg” as he put it and described in detail for Outside online.

The Hyner 25K celebrates its 10th anniversary this Saturday. I wish I could say I will be there to run it, but I’m 7 ½ months pregnant and look like I swallowed a basketball. But I was able to catch up with race organizer Craig Fleming last week about what has given the race its staying power.

He was at his home in State College, wearing a Bluetooth head set while packing up his gear and dogs to head up to Hyner to do some last-minute trail maintenance before the big day.

“It started more out of curiosity than anything,” Fleming said of the race’s beginnings.

It was 2006; Fleming owned a trail running store in Lock Haven, not far from the local university and about 20 miles south of Hyner. An avid trail runner, he had only just completed his first trail race, the now-defunct Mega Transect, when a recreation forester from Sproul State Forest showed up at his shop one day with maps and an idea.

Fleming had never thought about organizing races before, nor had he been to Hyner, but he was intrigued foresters wanted to help and went to check out the potential course, which wound through the Sproul and Hyner State Park and promised a whopping 4,300-foot elevation gain.

“I went to Hyner View, that’s what got me,” Fleming recalled as he packed. “The view, the remoteness of the trails. I thought, Wow, this is great.” That the course involved some largely forgotten trails from the CCC days only made it more interesting.

“That was half of the fun, the challenge of ‘let’s get these trails back in order,’” he said. From the beginning, state forest and park staff were “great to work with,” Fleming said. “We couldn’t put this race on without them.”

That first year, about 200 people showed up. “The numbers just kept going up from there,” Fleming said. They eventually had to cap the race at 1,300. This year it sold out three months early.

Fleming attributes the race’s success in part to timing; back when it launched, there weren’t many trail races around. Now there are hundreds across the country.

“We got lucky,” Fleming said. “We got in at the right time. It gave us time to build a base.”

Volunteers also put thousands of hours into maintaining and preparing the trails, which shows on race day. That’s turned out to be one of the most gratifying aspects of coordinating races, Fleming said: how the events have encouraged others to give back. “A lot of people get into this with hiking and running in mind and there’s this sense that the trails just clear themselves. Now those people are jumping on board, asking How can I help?”

But Fleming said it is the race’s focus on the runner that is at the heart of its success. From tech shirts and hats to custom socks to the $50 registration fee (a bargain in racing circles) to local Boy Scouts cheering racers on at aid stations to the craft brews and hardy food at the after-party — “there’s no better goodie bag, no better event,” Fleming says. “That’s why people come back — we make it about them. We make it fun.”

The local community where a race is hosted plays a big part in that success, Fleming said, from assisting with logistics to making runners and volunteers feel welcome to coming up with creative ideas on how to tie into the event. 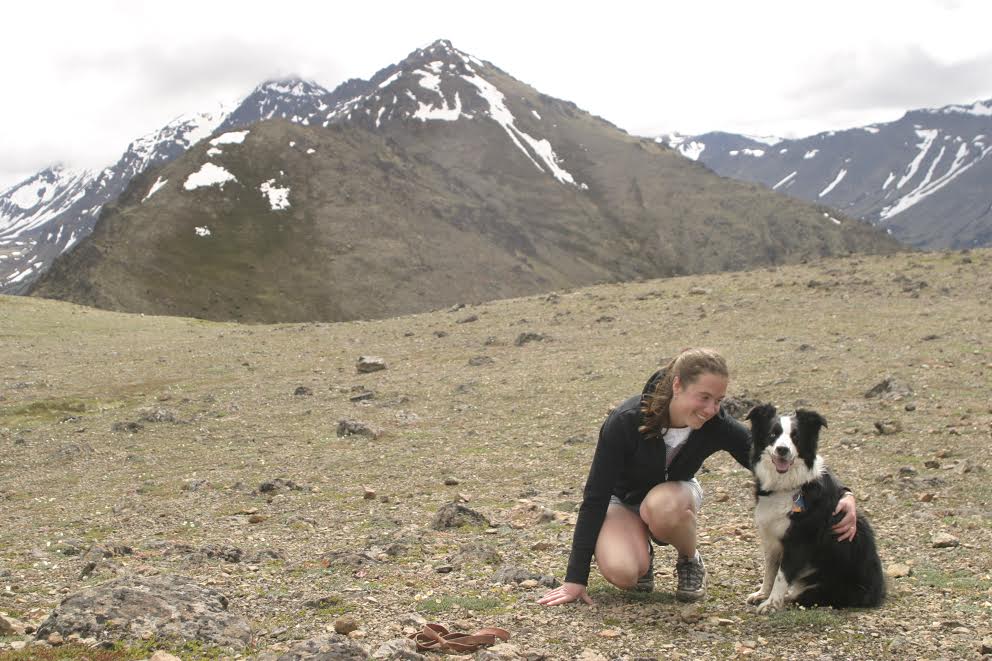 The author and her dog, Lox, on Flattop Mountain in Anchorage, Alaska

In Hyner, population 176, for example, local churches have gotten involved. “The ladies all make cakes and pies and we give them a donation,” Fleming said. “People love it. It’s such a neat thing. What race has this huge spread of homemade cakes and pies? The fire company guys are all out there. This year there’s a church that is going to do a spaghetti dinner the night before and any money they raise goes the youth group. … We try to do everything as locally as possible. We use a local restaurant for our BBQ, go to the local deli with our trail maintenance crews.”

Fleming spearheads other races now too, most recently a 100-miler, the Eastern States 100, held in Little Pine State Park and three state forests in the Pennsylvania Wilds – Tiadaghton, Tioga and Sproul. The race is already getting national attention.

Fleming said the identity of the Pennsylvania Wilds as a place plays a big role in how he packages the events. When you are trying to attract outsiders, he said, you need something that sets you apart.

“All our pictures are the vistas and wildlife and remoteness and beauty of the region. We sell that hard to people. We believe it — you are coming to some beautiful land. This place is not commercial, it’s grassroots. You are not going to see cities and smog. … That’s all we talk about is the PA Wilds. We’re 100 percent behind it.”

Now in its third year, the Eastern States 100 is already one of the largest 100-milers in the country. Last year it sold out. While the participant pool is smaller than the Hyner Challenge – it’s capped at 230 — its economic impact is similar as most runners bring two or three crew members with them, plus family.

Businesses in the town of Waterville, pop. 295, have gone out of their way to embrace the event, Fleming said, with places like the Waterville Tavern and McConnell’s Country Store & Fly Shop posting good luck messages to racers on their facebook pages and working with coordinators to best serve the crowds.

It probably won’t be long before the race gets the same sort of props from trail runners that the Hyner Challenge now does.

“The Hyner View Trail Challenge epitomizes everything that is wonderful about the PA Wilds,” racer Chris Coulston of Erie told Trail Runner magazine in 2013. “It has absolutely lung-searing ascents, amazing vistas, four seasons of weather in once race, tight quite, almost intimate, single track, never-ending break-your-ankle technical rock gardens, all capped by a great party at the finish line with hundreds of new friends.”