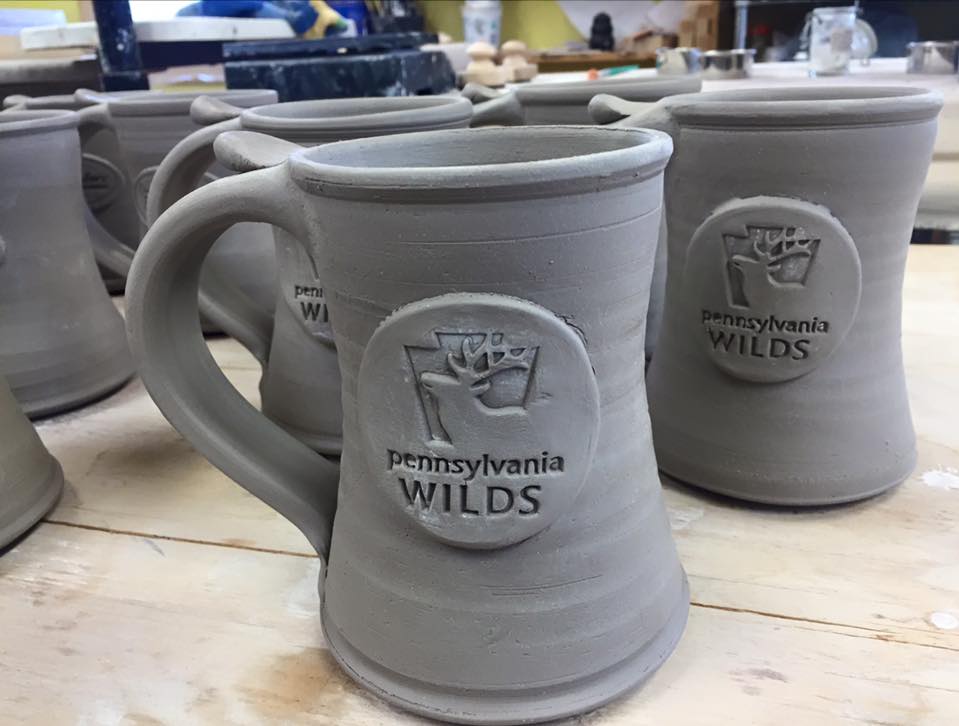 For the first time, we’re tackling product and brand development in a big way.

We worked for a decade to get here. A long time, I know. But despite popular belief, that’s how entrepreneurial things often happen, brick by brick.

Here’s how we laid ours.

Several years back, we teamed up with the state to create, trademark, and promote a regional brand and logo. This was before my time with the Wilds, but if you talk with folks who were there it sounds like a healthy, frank and vigorous discussion took place. It’s no small thing to get consensus among stakeholders across 12 ½ counties, or between state and local, especially this day in age. But they stuck with it, and the brand principals created still guide us today. If you haven’t read them, you should. They’re inspiring.

It didn’t take long before ‘the Pennsylvania Wilds’ appeared in a Washington Post story and other media. National Geographic put us on one of their maps. More visitors came to the region and this started to build demand for Wilds-branded products.

Next, we built a network of skilled local producers and artists, which we now call the Wilds Cooperative of Pennsylvania. A product supply chain, albeit one with a lot of heart and soul. There’s been plenty of what Radiolab host Jad Abumrad calls “gut churn” along the way, but you’ll have that when trying to bring new ideas into the world without a blueprint. We’re getting through it. Today, the Wilds Co-op is 170 members strong, and growing. Yes, our logo is a little bright and funky, but you’ll have that too when you get a bunch of creatives together. The important thing is we’re passionate about it.

Next, we launched a regional nonprofit and entered into a long-term partnership with the PA Department of Community & Economic Development to develop the Wilds trademark in a way that creates opportunities for local businesses and keeps royalties in the region, reinvesting them back into the Wilds work. While launching the nonprofit, we took a six-month licensing class through LIMA, the industry association, so we’d be good stewards of this thing we’re all building. (Okay, I took the class, but the rest of the stuff really was a ‘we’ effort – there are a lot of partners involved in the Wilds work. It’s one of our greatest strengths.).

A year ago almost to the day, we finally got the PA Wilds Licensing Program off the ground. We started slowly to work out the kinks. A few local entrepreneurs – a jewelry maker, an outfitter, and a winery – were already using the Wilds logo on saleable products, so we walked through the new applications and processes together.

The first royalty check arrived in February. It was for $86.99. That may not sound like a lot, but to a very small business in the dead of winter in rural PA, it matters. My bookkeeper sent me an email when the check arrived. I could not stop smiling. I called my sister. “It worked!” I said.

Another check arrived shortly thereafter, for $452.82, and then another for $62. We had a long way to go before we could start to fill the void left by state cuts to regional marketing dollars, but it was a start — a functioning system that local businesses found value in that we could grow over time.

Iconic brands in the region took notice. Straub brewery began to align its “Fiercely Independent” brand with the regional brand. They put the Wilds logo on their marketing materials, and when they won a national award last fall, made sure to note in the press release that they were located in the Pennsylvania Wilds.

As all this was happening, the PA Dept. of Conservation & Natural Resources, our other main state partner in the Wilds effort, was laying bricks of its own. Actual ones, in the form of destination conservation facilities in the Pennsylvania Wilds.

Last winter, a group of us – me, park leadership, a few of DCNR’s lease and IT folks from Harrisburg – were around a table at the new visitor center at Sinnemahoning State Park in Cameron County, trying to figure out how to get internet into the center’s business incubation space. A popular place for bears, deer, turkey and other wildlife, the park is surrounded by mountains. It is a spectacular landscape that draws more than 200,000 visitors a year. But it also makes cell and internet access nearly impossible on any reasonable kind of budget, creating a real barrier to doing business. Not insurmountable, but something we had to figure out.

The conversation turned to the center’s gift shop. Park staff had done the hard work of getting a little gift shop off the ground, but retail wasn’t the wheelhouse of public lands managers. What they wanted was a partner with shared goals to operate the gift shop. And it wasn’t just at Sinnemahoning. The new visitor center at Kinzua Bridge State Park, in McKean County, was opening soon, too.

“Maybe you guys would be interested in partnering with us,” the head of State Parks for Region 1 said.

I looked at him with what I’m pretty sure was a blank stare, set down my pen and slowly sat back in my chair. It was one of those rare aha moments where a lot of things you’ve been working on for a long time suddenly converge and make sense.

State parks were a major draw in the region. If we could marry our producer and licensing network with them in a systematic way, over time it would create a lot of new opportunities for local businesses. It would grow our regional brand. It would better serve visitors. And it would create another sustainable revenue stream to support the Wilds effort.

I spent a lot of time in spreadsheets over the next few months. My board, bless them, asked a lot of tough questions. Then we took the leap. This spring, the PA Wilds Center entered into a public-private partnership with DCNR to operate the gift shop at the new Kinzua Bridge State Park visitor center. Already, local producers are applying to be suppliers. If you are a local producer, you can, too.

This month, we expect to sign a License Agreement with a great little company in DuBois, in the southern part of the Wilds, to help bring one of our first major soft goods wholesale categories – PA Wilds-branded t-shirts and fleece jackets – to market. We can’t wait to roll out the designs this summer and make them available to retailers. Hand-thrown, Wilds-branded coffee mugs are coming soon, too, thanks to Hughes Pottery in Forest County.

This is what happens when you get entrepreneurs and artists and government and foundations and economic developers and visitor bureaus and conservation people working together in a genuine way and deciding to Just Keep At It.

You lay another brick. And before you know it, you’ve really built something. Something that could be here 20 years from now, creating opportunities for your kids.